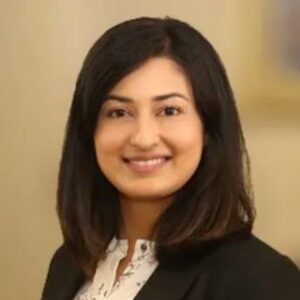 Sona Kaebery is associate counsel at Zhivov Law. Sona is a talented young lawyer who puts her clients’ best interests first. She has appeared in the Court of Queen’s Bench and the Provincial Court of Alberta, representing her clients.

Sona obtained her JD from the University of Calgary. Before attending law school, Sona received her Bachelor of Arts degree in English from the University of Calgary, where she graduated with First Class Honours. During this time, she co-founded the Scribe and Muse English Club, and served on the Faculty of English Undergraduate Planning Committee.

While in law school, Sona volunteered as a caseworker with Student Legal Assistance to represent clients before the Court of Queen’s Bench. She was actively involved in various mooting and trial competitions, and was named top oralist in addition to placing second at the 2015 Chief Justice William McGillivray Moot Shield Competition. She is a member of the Canadian Bar Association.

Born and raised in New Delhi, India, Sona is a fluent Hindi speaker.

Book a Meeting with Sona