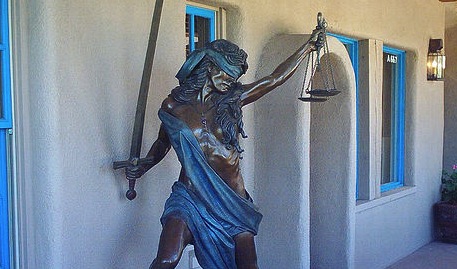 The so-called “minor injury cap” legislation, also known as the Minor Injury Regulation (“MIR”) has been in place in Alberta since 2004. It offers limited maximum damages for pain and suffering for “minor” injuries to $4,000 (subject to adjustment for inflation).

In 2008, the “cap” was briefly overturned by the  Court of Queen’s Bench decision of Associate Chief Justice Neil Whittmann in Morrow v. Zhang, 2008 ABQB 98, and then reinstated by the Alberta Court of Appeal, 2009 ABCA 215.

The “cap” is an affront to logic and decency, as it is essentially a subsidy for insurance companies at the expense of car accident victims, particularly in a “right-wing” province, such as Alberta, where individualism is supposedly prized and government interference abhorred. I would like to encourage all my clients and other concerned parties to forward the following (or similar) letter to our Premier:

Re: the Minor Injury Regulation

I was injured by a reckless driver, and likely will be revictimized by the referenced regulation, enacted by the PC government in 2004 and renewed last year (in a decision made behind closed doors without public consultation, legislative debate or even discussion in PC caucus). As you know, the MIR drastically reduces private insurance compensation available to innocent Albertans hurt by negligent or impaired drivers.

Madam Premier, I commend you on your promise to promptly review this unfair and unjust regulation, which was intended to “only apply to minor injuries that heal relatively quickly” (to quote the Minister who enacted it), but in fact is worded broadly enough to potentially cap compensation for people with far more serious and long lasting injuries.

Quick history lesson — after 9/11, with investment profits sagging, the insurance industry manufactured a crisis, pleading poverty while jacking up premiums and lobbying the Alberta government for protection from “skyrocketing” injury claims. In reality, the contrived crisis was a scam: premiums certainly were skyrocketing (up 57% in a year according to Stats Canada), but injury claims were sharply declining and had been for years — and insurance industry profits were at all-time record highs. These are the facts, available on the Auto Insurance Rate Board website, and put the lie to the assertion that the injury cap is – or ever was – necessary. I think it is time to review, and scrap, the cap.

One would think the fact that the insurance industry successfully lobbied for this cap by misleading the government about both its profit situation and bodily injury claims trends would be of concern to those reading this letter who appreciate that MLAs and bureaucrats work for Albertans, not for auto insurance corporations. And so, for those of you who actually take your position seriously enough to be reading this far, I would ask that you advocate on behalf of vulnerable Albertans injured by reckless motorists, and seek the repeal of the Minor Injury Regulation. Thank you for your kind consideration.

cc. MLAs, and the offices of the Superintendent of Insurance, of the AIRB consumer representative, and of the Director of Insurance Policy & Communications

We're happy you read the entire article. Want more practical advice from a Calgary personal injury lawyer? If so, make sure to check these other articles we wrote on the subject of personal injury law.
Chronic Pain & Chronic Pain Settlement in Alberta
When Does a Personal Injury Claim go to Trial?
Report on Cycling
Apology Act in Alberta. I’m Sorry (but it wasn’t my fault!).