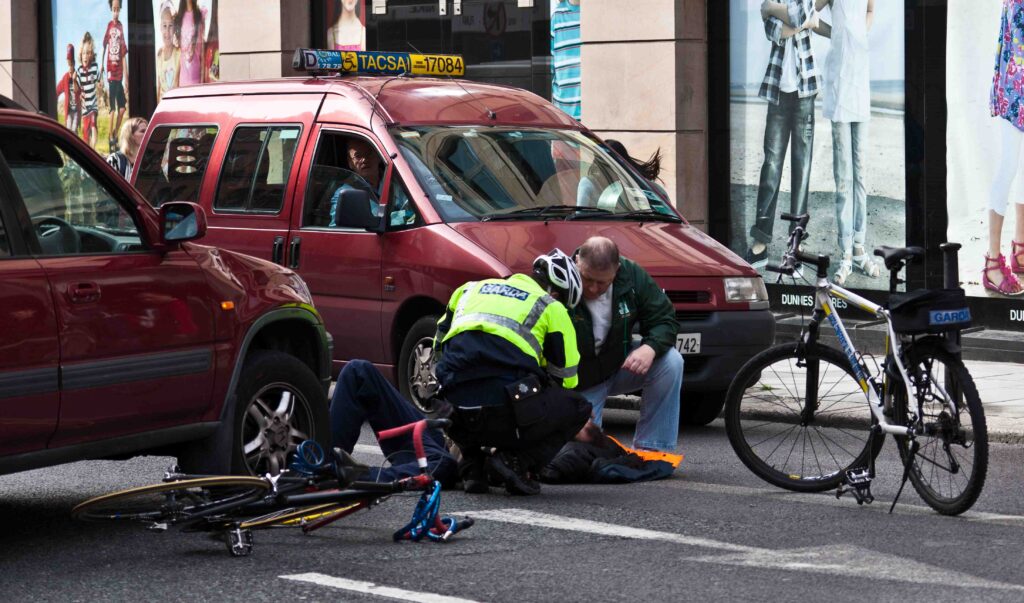 Cyclists, moped users and motorcyclists might be a bit safer on the roads if technology being tested by Jaguar Land Rover becomes widely available. Jaguar has developed a driver-alert system that emits a noise (such as a bicycle bell) or gives the driver a virtual tap on the shoulder if there is the danger of a collision with a two-wheeled vehicle.

Called Bike Sense, the system uses a combination of audio, visual and touch signals. Using sensors on all sides of the vehicle, the system determines whether nearby vehicles are of the two-wheeled variety.

If the system detects the presence of a two-wheeled vehicle, the driver will hear the sound of a bicycle bell or motorcycle horn from the direction of the potential hazard (the sound is emitted from the vehicle’s stereo system). In addition, a mechanism in the car seat gives the driver a light tap on the left or right shoulder if a bicycle or motorcycle passes the vehicle. The driver is also warned with a beep if they start to open the vehicle door when a bike is approaching.

In terms of visual signals, LED lights within the vehicle change in colour from yellow (moderate distance) to red (dangerously close) as a bike gets nearer to the vehicle. The colour fades as the bike moves away.

Other vehicle makers, including Volvo, are also developing safety technologies to reduce collisions between vehicles and bikes.

You can see a video of Jaguar’s system in action here: https://www.youtube.com/watch?v=_rw3Cia9WZ0