The Importance of Expert Witnesses in Personal Injury Trials: A look at Jones v Stepanenko, 2016 ABQB 295 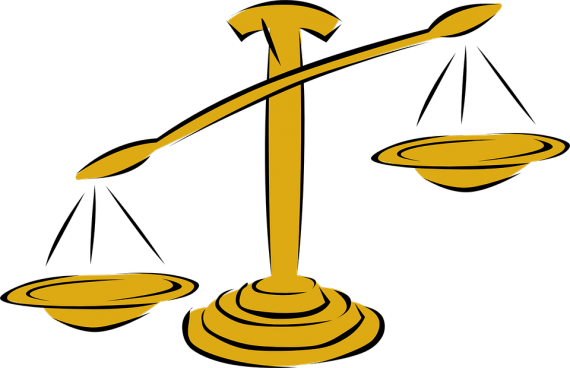 The recent decision from the Alberta Court of Queen’s Bench, Jones v Stepanenko, 2016 ABQB 295, builds on previous case law, such as McLean v Parmar, 2015 ABQB 62, and Chisholm v. Lindsay, 2012 ABQB 81, in providing guidance on compensation for chronic pain injuries in Alberta with consideration of the Minor Injury Regulation, Alta Reg 123/2004.

In Jones v Stepanenko, the Plaintiff, Ms. Jones, suffered serious injuries and her life was greatly affected as a result of these injuries. In the words of the court:

Ms. Jones suffered from a serious soft tissue injury accompanied by various contusions, lacerations and resultant severe headaches and resultant chronic pain condition which includes fibromyalgia and myofascial pain disorder. She has required a significant amount of treatment in the form of aggressive physiotherapy, massage, various medications, and an exercise program. Ms. Jones’ career path in nursing was altered and her recreational lifestyle diminished. She did all that could reasonably have been contemplated for her and yet unfortunately she developed a chronic pain condition and fibromyalgia which she will have to manage for the rest of her life. She has fought through her issues and as a result will be able to continue to develop her career. (para 138)

In this case, Honourable Madam Justice K.M. Eidsvik also discusses the medical profession’s role and obligations in the personal injury law context.  Justice Eidsvik is opinionated on the failures and shortcomings of the professionals who have examined and reported on the plaintiff’s injuries. She criticizes one doctor who testified that “he based this decision on the medical model – NOT the definitions in the Regulations”. She also appears skeptical of the doctor, and states that “in his 15 years of assessing strains and sprains (note the legislation came in 12 years ago…) he has NEVER found someone who has suffered a “serious impairment”.”(para 45)  Justice Eidsvik also reminds medical professionals to mind legal definitions, not medical definitions, when participating in the medical-legal arena. She is critical of the doctor, and writes “when the legal interpretation of the Regulation definition was put to him he noted that he was aware of this but that this has not changed the way he does his “certified medical examination”.” (para 45)

Justice Eidsvik is direct in her suggestion to the members of the medical profession who participate in the Court process to report on injuries suffered by plaintiffs:

I would urge Dr. Stelmeschuk, and other doctors certified to do the Certified Medical Examinations under the Regulations, to have the law explained to them on this point. These medical legal reports are relied upon by insureds and injured parties and they need to be as accurate an opinion as possible. It is not appropriate in the legal setting for which these reports are prepared to rely on definitions and tests of disability that do not coordinate with the definitions set out by our Legislature in the Regulations. The financial consequences are significant. (para 106)

Justice Eidsvik also discusses the critical importance that medical professionals play in the early stages of treatment and assessment with regards to the coverage of treatment expenses through Section B accident benefits. Speaking of the plaintiff’s doctor, she writes: “I reject Dr. Bauman’s opinion that at this time “there was no evidence of ongoing injury”. On the stand even Dr. Bauman conceded that this meant no “objective” injury and that it did not mean that Ms. Jones could have been still suffering from pain and headaches that are outside his realm of expertise” (para 103). This concession on the stand prompted another paragraph of guidance for the medical profession from Justice Eidsvik:

I note that this concession by Dr. Bauman is a little late for Ms. Jones. Because of his “no injury” opinion, her section B benefits were cut off. Dr. Bauman may well have been using his orthopaedic way of assessing the Plaintiff’s injuries but he appears to have forgotten his audience when he is asked to what amounts to an important medical legal assessment. I would hope that in the future he will make his reports more clear and perhaps suggest assessments by other medical professionals outside his field, like in pain management and headache management here, to the extent that he does not feel qualified to opine on them. (para 104)

Justice Eidsvik also provides some insight into loss of income claims. She agrees that a loss of capacity award was appropriate in the case, and actually believed that the plaintiff was entitled to more than that which was requested by plaintiff’s counsel. She writes: “the claim made by the Plaintiff in the amount of $125,000 is conservative in my view, and accordingly I award the full amount as claimed” (para 128). Although the plaintiff was able to continue working, it was pretty clear that significant losses could be expected to be incurred over time. This is a lesson for both Plaintiff and Defense counsel that loss of income and earning capacity claims should not be minimized or downplayed, lest they not be realized to their fullest extent at trial. You can read more about claims for the loss of income and the loss of earning capacity here: https://zhivovlaw.ca/blog/1983-2/