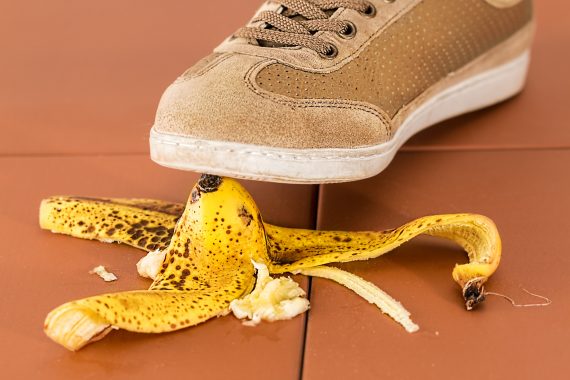 Slip and fall accidents are one of the most common types of injury claims we see. People slip and fall for any number of reasons, and sometimes due to the negligence of others. Slip and falls can lead to strains and sprains, broken bones, or even serious brain injury. If a fall happens because of the failure of the property owner and occupier to keep the property safe, a claim can be made against that property owner and occupier for the damages that have been suffered as a result of the fall.

Some of the most common examples of negligence we see that result in slip and fall claims include:

In Alberta, the same law largely governs all these types of claims, the Occupiers’ Liability Act, RSA 2000, c O-4. Section 5 of this Act states: An occupier of premises owes a duty to every visitor on the occupier’s premises to take such care as in all the circumstances of the case is reasonable to see that the visitor will be reasonably safe in using the premises for the purposes for which the visitor is invited or permitted by the occupier to be there or is permitted by law to be there.

Justice Campbell stated at paragraph 66 of the decision that “It is a question of fact in the particular case as to whether an occupier was negligent or failed in its affirmative duty to take reasonable steps to protect those who enter their premises reasonably safe from foreseeable harm.” He cites an Alberta Court of Appeal decision in Anderson v. Canada Safeway Ltd, 2004 ABCA 239, 357 AR 6 , which holds that the business is not an insurer for every visitor, but it must show that it kept its property safe to visitors if it is to escape liability.

Justice Campbell case, states that, to meet its burden, the occupier must establish two elements:

First, that it had implemented a reasonable system to keep its premises reasonably safe from foreseeable harm; and

Second, that it actually adhered to and followed that system.

If the occupier fails to establish either or both of those two elements and a hazard develops that harms a visitor, then the occupier will be held liable for the harm occasioned. He cites Heard v. Canada Safeway Ltd, [2008] A.J. No. 790; 2008 ABQB 439, para 58.

Justice Campbell further stated that in order for the appellant (occupier) to escape liability in the case before him, they must show that:

(b) the floor was cleaned nightly by professional cleaners;

(c) the floor was inspected by the store manager prior to morning opening;

(d) courtesy clerks were responsible for inspecting the floors and sweeping and mopping the entire area as required;

(e) sweep logs were used each time the floor was swept or mopped;

(f) a record of the time and the person who undertook the task was recorded;

(g) supply rooms containing products for cleaning up spills were available in strategic locations; and

(h) the employees were trained to constantly look at the floor for any hazards.

If a defendant can show that these or similar requirements were met, as applicable, they will be held to have met their standard of care, and the injured victim will not be successful in their claim for damages.

In the Provincial Court of Alberta, the case of Axani v. QSR Edmonton Ltd., 2004 ABPC 230 established that an hourly sweep program meets the standard of care for floor maintenance in a supermarket.

In conclusion, while the use of cleaning log is a strong indication that the occupier did what was reasonable to keep the property safe, it is not determinative of the issue; it still must be proven in court. It will certainly make proving liability more difficult for the injured victim, but not impossible, as demonstrated in the cases mentioned above.