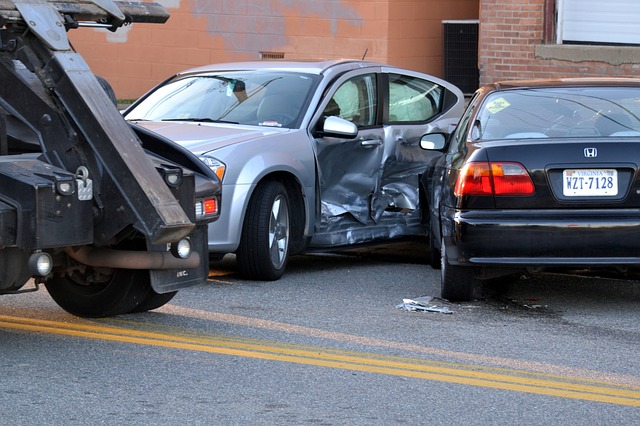 Accidents happen. Whether it is on the road of life, or the actual road, mistakes will be made, and accidents will happen.

Oftentimes, it is easy to tell who caused an accident. If only one driver did something improper, negligent, or illegal that caused the motor vehicle accident, then only that driver is to blame or considered “at-fault”. If that is the case, liability will rest solely upon the at-fault’s driver’s shoulders, and the at-fault driver’s insurance company will be on the hook for all of the injuries and damage resulting from the accident. Proving who is to blame for an accident can be done with the help of the police report or witness statements. Sometimes, the basic details of the accident will reveal who is most likely to blame. For example, if you are rear-ended while stopped properly at a traffic light or for slow moving traffic, it is most likely the other driver – the driver that rear-ended you – who is to blame for the accident. The Supreme Court of Canada set that precedent almost 60 years ago.

In many other instances, however, it is not entirely clear who is to blame for the accident and should be held liable for the injuries and damages resulting from the accident. Deciding who is at-fault is especially difficult in accidents which involve more than two vehicles and feature numerous points of impact, but can also be an issue in two-vehicle collisions as well. In cases where it is not entirely clear who caused the accident, liability may be apportioned – or split – between the drivers involved in the accident. This may have the effect of reducing the amount of damages that the at-fault driver (through the at-fault driver’s insurance company) is responsible for paying out to the other driver. For example, if the first driver in a two-vehicle collision is travelling at a dangerous speed over the prescribed speed limit, and is then struck by the second driver who merges into the first driver’s lane recklessly, both drivers may be found to be negligent. In that situation, perhaps the first driver will be deemed to be 25% to blame for the accident, while the second driver might be considered to be 75% to blame, because the first driver, although speeding, nevertheless had the right of way and the second driver should have yielded. In that case, the first driver would be entitled to recover only 75% of the total compensation available for the damages and injuries they suffered because they were deemed to be 25% “contributorily negligent” in causing the accident. In Alberta, the law regarding contributory negligence has been codified in the Contributory Negligence Act, RSA 2000, c C-27.

Even if you are driving properly and safely, you can also be deemed to be contributorily negligent in another way – by not wearing a seatbelt! It is widely accepted that seatbelts save lives and reduce the severity of injuries. If you are involved in an accident where another driver is clearly and entirely to blame, but you were not wearing a seatbelt, you may not be entitled to the full compensation for the damages and injuries you suffered as a result of the accident. The logic behind this law is simple – the injuries and damages for which you would claim compensation could arguably have been prevented, or at least mitigated, if you had been wearing your seatbelt at the time of the accident. In this situation, you were not contributorily negligent in causing the accident, but you were contributorily negligent in causing the resulting injuries.

The moral of this story: drive safe and buckle up!

We're happy you read the entire article. Want more practical advice from a Calgary personal injury lawyer? If so, make sure to check these other articles we wrote on the subject of personal injury law.
What Will a Lawyer Ask Me About My Motor Vehicle Accident?
A Future With Connected Cars Should Mean Safer Driving
From Calgary Injury Lawyer: How Do You Sue a Driver You Can’t Find?
Hit & Run Calgary Accident Lawyer Discusses Common Questions
Make sure you check our extensive injury law FAQ section. Still have questions? Feel free to reach out to one of our Calgary personal injury lawyers.