Will I Have to Testify in Court? 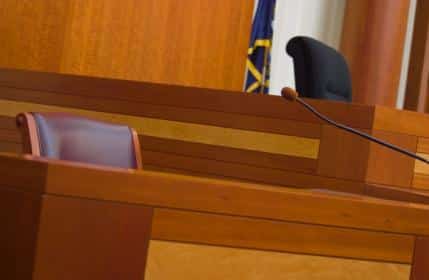 If you pursue a personal injury claim, whether for a motor vehicle accident or a slip and fall, you might wonder how likely it is that you’ll have to testify in court. The typical person does not relish the prospect of doing this. Movies and TV shows certainly paint a dramatic picture of the grilling that a plaintiff can endure (though the reality is generally much less dramatic).

Much more likely than having to testify is having to attend a “Questioning” (formerly known as Discovery and Deposition in the United States). A Questioning typically involves yourself, your lawyer and the lawyer for the insurer/defendant. The meeting will usually take place at your lawyer’s office or the insurer’s lawyer’s office and can last from a couple of hours to more than a day, depending on the complexity of the case.

Questioning is the insurer’s/defendant’s chance to ask you face-to-face about what happened. Your lawyer will be present to ensure the questions are appropriate. Questioning usually occurs approximately three years following the accident after the lawsuit has been filed, though it can happen much earlier or much later, depending on the circumstances.

If a matter hasn’t settled prior to Questioning, it usually does settle following Questioning. After all, at this point the plaintiff and defendant typically have all of the same information in front of them that would be introduced in a trial. This is especially the case if the plaintiff has finished whatever treatment they’ve been doing as a result of the accident.

Once all the information is available, both sides have a good idea what the likely outcome at a trial would be. Both sides have a strong incentive to settle rather than endure a costly and time-consuming trial.

There always remains a chance that the matter will go to trial, of course. This is especially true if there are conflicting witness statements or widely divergent assessments of the plaintiff’s injuries.

If the matter does go to trial, then you will have to testify. Your credibility will be assessed. It can be stressful for many people. Your lawyer will likely emphasize the following key points:

We're happy you read the entire article. Want more practical advice from a Calgary personal injury lawyer? If so, make sure to check these other articles we wrote on the subject of personal injury law.
Calgary Injury Lawyer Offers Halloween Safety Tips
Can I Borrow Against My Future Injury Settlement?
Can I Fire My Personal Injury Lawyer in Calgary, AB?
Do I Need an MVA Lawyer for an Injury Claim in Alberta, Canada?